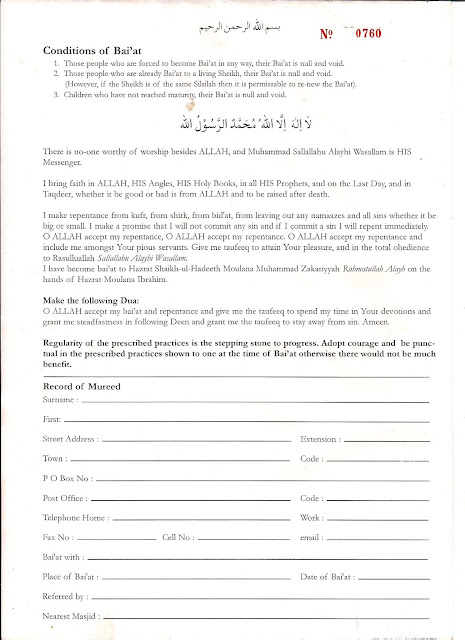 GOING OUT FOR CHILLA (40 DAYS) IN JAMAAT

All the means of eliminating pride and evil characteristics are found in this work of Tabligh. For instance, sacrificing one's beloved environment and leaving out one's necessary engagements. Instead of earning wealth, one spends in this path in a manner wherein there is no show and ostentation. Most of the wealth is spent on one's personal needs. The companionship of the pious is obtained wherein the Hereafter is discussed at all times, death is remembered and ways are adopted for achieving mutual love.

Carrying one's own bedding and moving from place to place, serving other weak companions for the sake of Allah Ta'ala, preparing one's own meals, eating with the poor, washing one's own utensils, travelling on foot, sleeping on the floor in the Musjid, sometimes tolerating the heat and cold, sometimes suffering hunger and thirst and sometimes the irregular hours of sleeping, etc. All these physical sacrifices break the strength of the nafs. Then in gusht, tolerating the unpleasant speech of the people, adopting humility with them for the sake of Allah Ta'ala, passionately endeavouring and vexing oneself to explain to them and convince them and pleading and flattering them. Despite being inexperienced and unaccustomed to public speaking, talks are nevertheless given in gatherings in a broken way. One is trained to fulfil the rights of others and to forego one's own rights. One is also taught to respect the elders and to show kindness to the youngsters. Instead of discussing wealth and position, the greatness of Allah Ta'ala, His absolute control over everything and one's own insignificance is discussed.

The real Salaah which eliminates evil is taught and brought into existence. Punctuality upon zikr and tasbeehaat is found which creates a Noor (light) in the heart and softens the heart. The virtues of these actions, together with the essential knowledge, is learnt and taught. This exposes one's ignorance and shortcomings. In short all the important components of self-reformation like Mujahadah (striving), zikr of Allah Ta'ala, pious companionship, seeking knowledge, disinclination towards the world, and the obedience to the Ameer are all found in this work. These are such matters that the spiritual mentors prescribe with punctuality, before one treads the path of sulook (the path of inner-self purification and of gaining the ma'rifat of Allah Ta'ala). The spiritual mentors prescribe these aspects individually and in the Jamaat they are found collectively through which together with one's own reformation, others are also reformed.

Therefore in current times due to the widespread deterioration, there is a dire need for this general method (of reformation). Like in normal circumstances the health centres and formal hospitals are sufficient and adequate. However in times of plague and widespread diseases, medicines and vaccines are distributed in every area and every single household is covered. The ordinary masses (laymen) are also called to serve under the supervision of expert doctors. Currently, in view of the results and benefits of this work, the Ulama and Mashayikh lay great stress upon it. Due to the glad tidings and unseen assistance to this work, the Mashaayikh and Ulama of Tasawwuf state that the Prophet's (sallallahu alaihi wasallam) special attention is focussed on this work. They also announce that Allah Ta'ala's special favour and acceptance is upon this work.

With regards to eliminating pride, it has been witnessed that humility has become manifest in those people who had spent some time in this work with the intention of self-reformation and had adopted the correct principles (usools). It becomes evident from such a person's humility that he is a worker of the Tablighi Jamaat. Indeed whoever practices with some other intention, without having the intention for self-reformation, in such a person this work will create self-admiration and haughtiness in him. Thus he will show no regard to any other Deeni activity or religious personality. This is like that person who distributes medicines day and night (continuously) and begins to feel that only he is doing work while the doctors and medical officers who occupy the seats of the health department are all useless. This wrong conclusion is due to disregarding the usools. Whatever line it may be, Da'wah, zikr or seeking knowledge, contradicting the principles and disregarding the etiquettes will bring adverse results everywhere.

Translated by: Moulana Haroon Abassommar
Posted by PIANED No comments:

They were more engrossed in the academic field. Hadrat Maulana Ilyas (RAH) appointed Hadrat Mufti Sahib (RAH) to the task of turning their attention towards the effort.

Consequently, Hadrat Wala (RAH) used some strategy and  wisdom to discuss with them on various occasions, thereby dispelling their objections and doubts. In this manner, he managed to turn their attention towards the effort of the Tabligh Jama’at.

Hadrat Mufti Sahib (RAH) answered the questions quickly and only then did the people get to meet Hadrat Maulana (RAH).

Hadrat Maulana (RAH) then said to Hadrat Mufti Sahib (RAH), “Initially you used to be behind us all the time. Now that you have got us involved, you have taken the back seat. Now you do not even ask about us.”

Hadrat Mufti Sahib (RAH) replied, “We have fulfilled the task  that was  assigned to us and have succeeded. Do allow someone to sit in some corner to study books otherwise you will be unable to find someone to answer your questions.”

When the objections of Maulana In’amul Hasan (RAH) were settled and he was satisfied with the effort of the Tabligh Jama’at, he was so pleased that he had a kurta and trousers  set made and presented it to Hadrat Mufti Sahib (RAH). In the early years of the Tabligh Jama’at, Hadrat Mufti Sahib (RAH) used to be accompany Hadrat Shaikh (RAH) and participate in the mashwarah (consultations) of Hadrat Maulana Ilyas (RAH).

When Hadrat Maulana (RAH) was on his deathbed, Hadrat Mufti Sahib (RAH) spent approximately an entire month in Nizamuddin in his service.

“We are the manufacturers while you are the  carriers”:

On one occasion, Maulana In’amul Hasan (RAH) quoted the statement of Hadrat Mufti Sahib (RAH), who said to him: “We are the manufacturers (of Ulama in the Madrasahs) while you are the carriers (who send them to various countries for the effort of Tabligh)”.
Posted by PIANED No comments:

Q: Some people say that it is necessary to have an Islamic khilaafat,but the tableeghi jamaat does not make an effort towards it. Instead,it is against it.


A: Which Muslim could ever be against an Islamic rule but at the same time, who would administrate the affairs of the Islamic government? Those who have no Islamic training cannot manage theaffairs.

Therefore, through the effort of da`wat and tableegh such individuals are being prepared. Look! When plans were being made for the freedom of India a large group of Muslims desired that Pakistan be formed and this would result in an Islamic government. Those who were against it did not do so because they did not want an Islamic government, rather they were concerned as to who would control the Islamic government.

In proportion to the amount of Islam an individual has in himself will he be able to control an Islamic government. Without the proper training one will not acquire true Islam. Therefore, an effort needs tobe made for one to be well trained, and this is taking place through the tableeghi jamaat. May Allah Ta`ala grant them success.

Hadhrat Hasan had written the following letter to his younger brother Hadhrat Husain in conformity with his rank: This(leadership) has left our hands due to our incapability. Now, the striving for Deen would be done through exhorting and inviting, and no more through the power of the state. Remember, that these personalities were our seniors and they would always take a stock of their souls. No matter what great ranks they had reached yet they always considered themselves incapable and unworthy. 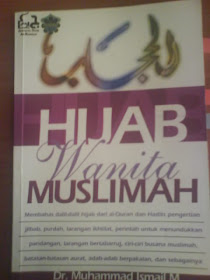